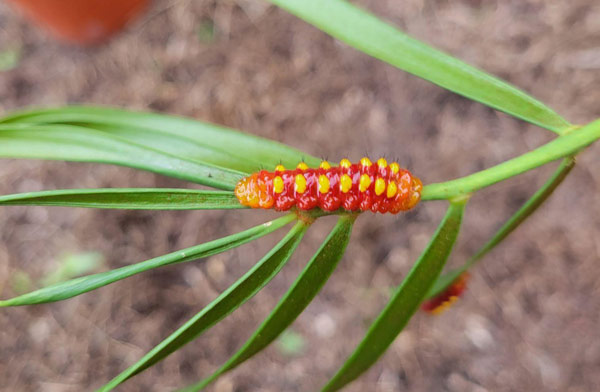 “What are the red and yellow caterpillars eating my coontie palm?!”

They are the larvae of the formerly rare Atala butterfly! 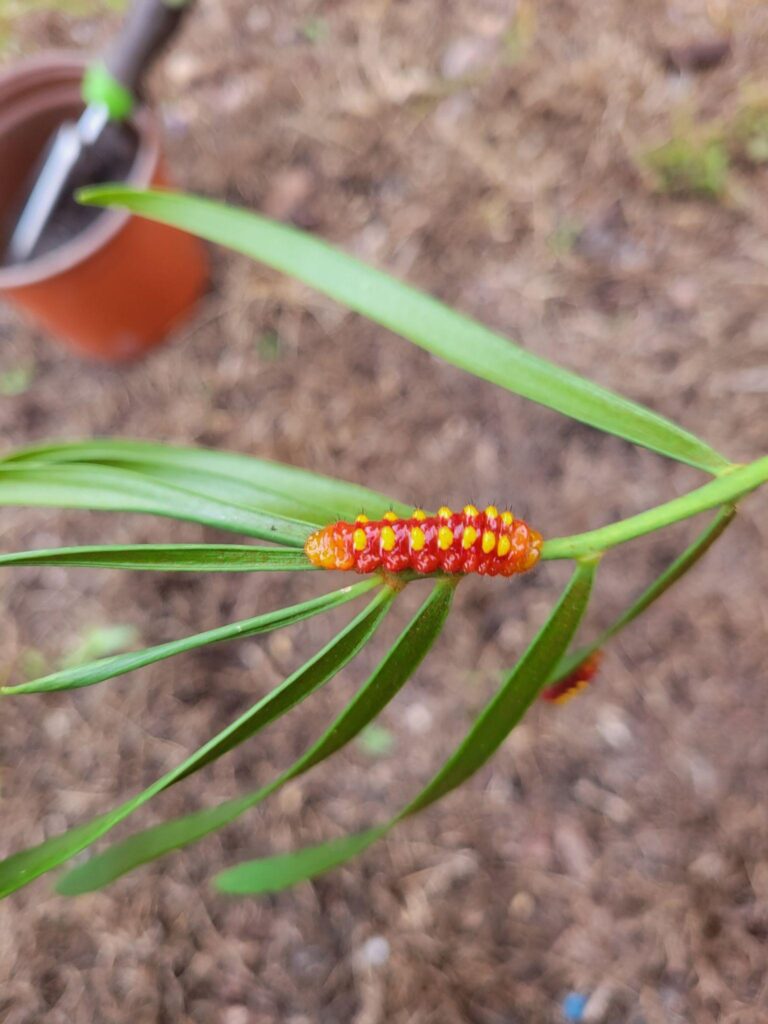 My nieces and nephew planted some butterfly plants at my mom’s place in Ft. Lauderdale. 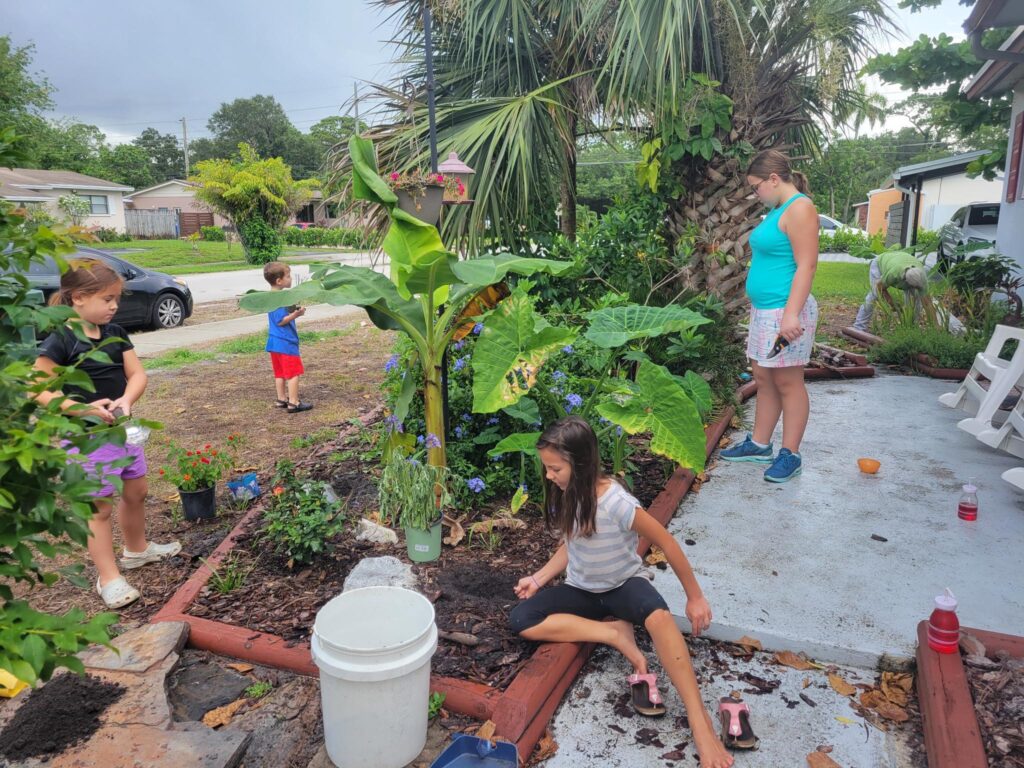 While doing so, they discovered some very strange caterpillars eating Grandma’s coontie plant: 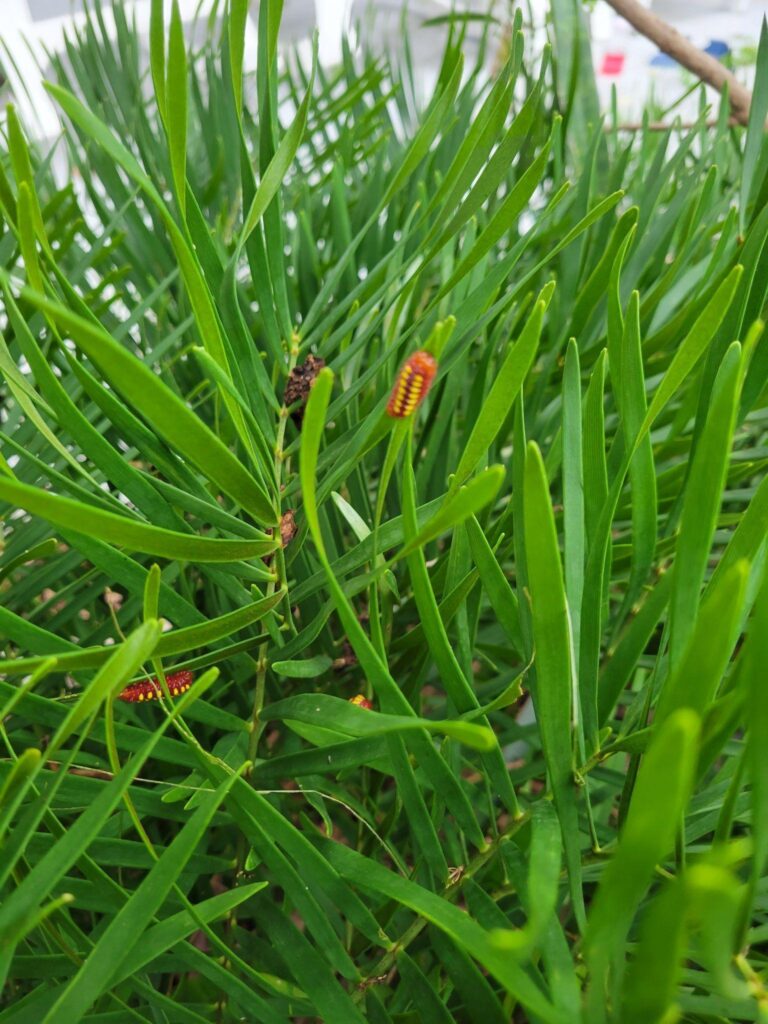 My sister did some investigation and discovered that these bright red and yellow caterpillars on the coontie were the larvae of the Atala butterfly, which was once thought extinct.

The Atala Butterfly Makes a Comeback

“Back in 1888, the Atala butterfly was so numerous that it was called “the most conspicuous insect” in South Florida, but half a century later, in the 1950s, it was thought to be “probably extinct.” Fortunately, the butterfly was actually hiding deep in the remaining pine rocklands and tropical hammocks of coastal southeastern Florida, where its host plant still remained.

The Atala butterfly (Eumaeus atala) relies on a plant called coontie (Zamia integrifolia) in the same way that monarch butterflies rely on milkweed species. Atala females lay their eggs on coontie, the only native cycad in North America — and only on coontie (or on other cycads brought to South Florida as ornamental plants) — and after the eggs hatch, the caterpillars munch on the coontie leaves.

Unfortunately for the butterfly, people also like coontie. Native Americans and European settlers harvested the roots as a source of starch that was capable of withstanding the high humidity and temperatures of Florida. Although the coontie plant contains numerous neurotoxins, they are water-soluble and the plant was heavily utilized as a mold-proof harvest. It was exploited to the extent that it was simultaneously sold during the Indian-American Wars to both the Indians and the U.S. Army, and it was also sold to European markets as gourmet flour.

Previously, so much coontie grew along the New River in Fort Lauderdale that the Indians called it the “Coontie Hatchee,” meaning the “the Coontie River.” But by the 1920s, all of the coontie plants within a reasonable distance had been harvested.

The butterfly, of course, went down with the plant.

Luckily, the University of Florida’s McGuire Center for Lepidoptera and Biodiveristy received donated preserved specimens of Atala butterflies, which offered clues about them. The specimens had been collected in pine rockland habitat in southeast Florida (now part of the Everglades National Park), so scientists knew for sure that they once lived there. They also knew that some coontie plants were still growing there.

In 1979, a local naturalist “discovered” an Atala butterfly colony on one of the barrier islands along the coast of Miami, and that’s when the recovery began.”

After looking up the Atala butterfly, I remembered my old friend Gary Paul who once showed a few preserved specimens to me. He was germinating coontie palm (it’s not really a palm, but I digress) seeds on his back porch. When I looked up propagating coontie to see if there was a vegetative method as well, I found this excellent pdf with photos from BrowardButterflies.org.

This one in my parents’ yard has been there for years, though the caterpillars are new. 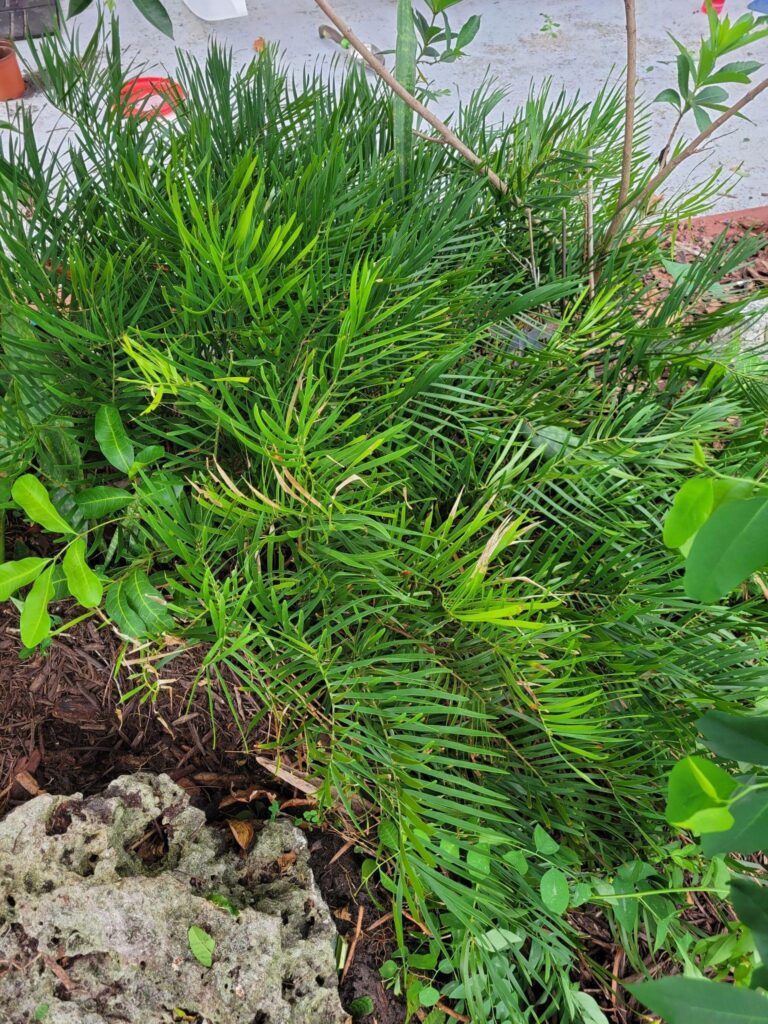 What a fun discovery to see the Atala caterpillars arrive. Hopefully all the new nectar plants will keep the butterflies hanging around the yard.

My sister is now propagating coontie palm to plant in her own yard. 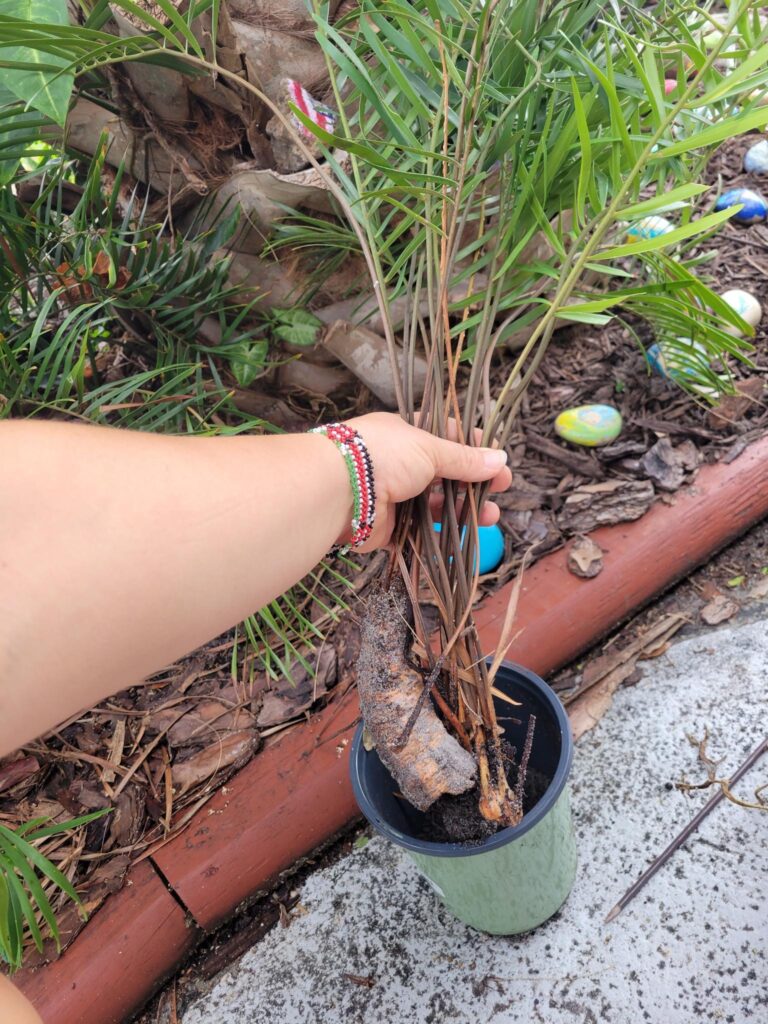 Can’t wait to see all the butterflies showing up. Good job, kids!

Why Didn’t I Do Something Else With My Life?

Had to look the Butterfly up. What a beauty! Great stuff!

That reminds me, I need to incorporate even more butterfly plants into the food forest. My grandson loves them, they’re one of the few things he will stop and watch until they fade from view. We haven’t really been outside that much in the last several months due to the constant rains.

Good idea. The rains have been ridiculous here, too.

If you have dogs you should be cautious planting coontie. You sort of blew past your comment about neurotoxins, but most every part of this plant can kill your beloved pet in short order. We recently had our neighbor’s 1 year old doberman puppy with us for the weekend while they were away. the final morning, the puppy became agitated and started vomiting every ten minutes or so. We remembered seeing him chewing on some Coontie roots we had separated to pot for friends. We did some research and discovered that they are highly toxic to dogs and other animals. Luckily we acted quickly enough and he recovered after three days on IV’s at the animal hospital. It was quite a scare for all concerned.

Glad he was okay.

I live in Ocala. I moved here from south Florida. I brought my Coontie. I’m very disappointed that it’s too cold here for the Atala butterfly