Home Announcements Could You Fertilize After a Collapse?
AnnouncementsArticlesCompostingFertilizingPreppingSurvival Gardening 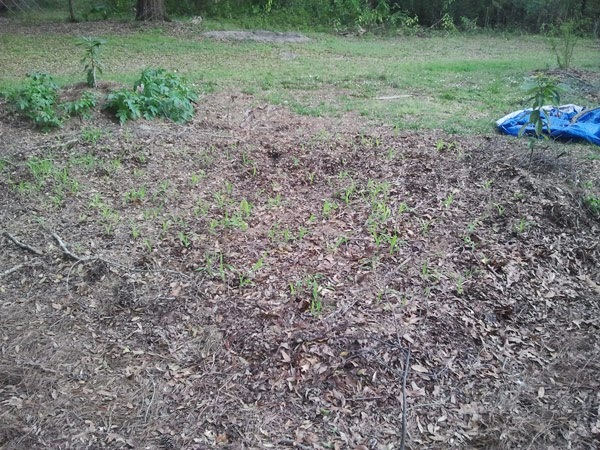 I was recently invited by my friend William to post over at The Permaculture Apprentice.

If you’re not familiar with William, he’s a hard-working permaculture-minded market gardener in Europe who shares his abundant knowledge freely on his site. We first met thanks to our mutual friend Justin Rhodes and now we compare notes regularly and have decided to collaborate on a few projects.

If you’re establishing a new homestead or hoping to make some money off your garden, I recommend you hang around William’s site and sign up for his newsletter to get his permaculture farm guide. His posts are very good, very meticulously researched and make for a much more thoughtful place than my slice of gardening anarchy.

There’s only enough fertility in the soil to last through a crop, or a few if you’re blessed with excellent local conditions – but after a time, your roots, grains and vegetables will simply refuse to feed you.

I once planted a row of corn in some infertile sand to see what would happen. The resulting stalks were ridiculous miniatures, looking as if they were created to complement someone’s model train collection. Worse than that, they failed to bear a single kernel. After lifting a few tiny blooms to the sky to scatter a few anemic grains of pollen, they died.

If I had decided to plant a nice big garden in that space, it would have done terribly… unless I had a way to feed it.

Ideally, a gardener would build up his soil first, then plant later. Sometimes, though, we just want – or need – to obtain a yield quickly.

If the grid collapsed tomorrow and the grocery stores closed, which option would you choose?

Option 1: Take a year to dig beds, observe the land, make compost, sheet mulch and improve the soil… and starve

Organic purism often gets thrown out the window when we face a crisis or an economic reason for gardening.

All we really want is food!

Yet the two choices I gave you aren’t really fair. Sure, you can’t build the soil into rich, high-nutrient loam with a perfect amount of organic matter and a wide range of beneficial microorganisms and fungi in a quick period of time… but you CAN feed your crops organically and get good yields with a lot less material and time than you might think…

Click here to find out how over at The Permaculture Apprentice!

Helping a Friend Help Others

I loved reading your article. It got me thinking about a video I saw recently, from someone called, Jagannath. He professes to be a Natural Farmer, but often does experiments like yours too. He’s just moved to a new garden in the Mediterranean, and he’s starting from scratch. His plants are showing signs of nitrogen deficiency. So he makes a special tea, derived from some of his experiments in India.

Here’s the link to the video, in case you’re interested: How to Make Nitrogen-Rich Mulch

It reminds me a lot of what you do. Making use of what you’ve got available in your region. I especially found it interesting in his video, that adding large amounts of carbon to the tea, prevents most of the nitrogen from escaping as it brews. He also explains that adding sugar, kills off the pathogens. I appreciate that, like you, he keeps it simple. 🙂

Doesn’t everyone till livestock poop into their garden and water occasionally with rabbit manure tea? That was standard when I was growing up and everyone had a garden. It’s *mulching* I’m having to learn to not forget to do. *facepalm* The family had me building hugelkulter/square foot garden beds in the front yard this year. Finally, something to do with all the goat manure!!!! *yay* Had veggies out the wazoo.

Yes, if you have animals you have manure – and it’s the best!