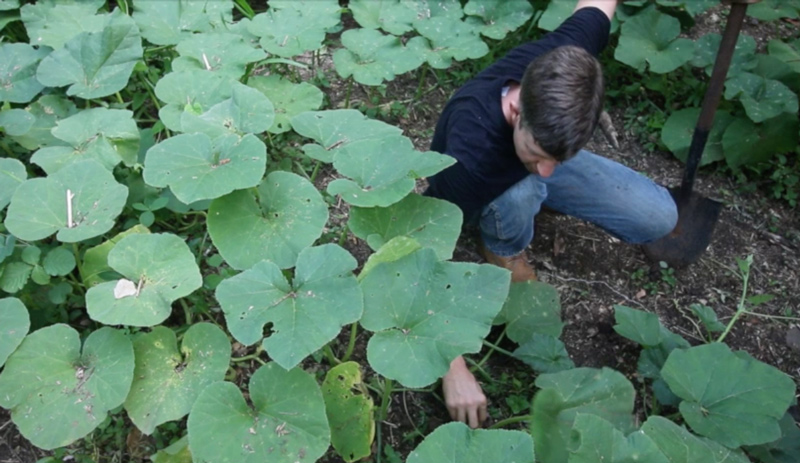 A couple of days ago I posted a tour of some of the pumpkins we have growing:

A strange thing I didn’t mention in the video, though: I’ve planted quite a few fresh Seminole pumpkin seeds and they’ve failed to germinate. Older seeds from local pumpkins germinate – but fresh seeds, right from the Seminole pumpkin, no. Or at a very poor rate.

Another strange thing: I had a Seminole pumpkin vine come up multiple months after I planted it in my garden. Seriously – I had gone on and planted other things, then in the spot where I had planted a few earlier in the year, up came a Seminole pumpkin. I think it germinated due to the rainy season. Very strange, though. I have ten hills I planted and only a couple of Seminole pumpkins have emerged.

Does anyone know anything about delayed germinating in pumpkin seeds? Perhaps a germination-inhibiting enzyme?

Have a wonderful Sunday. See you tomorrow.

The earth is the Lord’s, and all its fullness,
The world and those who dwell therein.
For He has founded it upon the seas,
And established it upon the waters.

Who may ascend into the hill of the Lord?
Or who may stand in His holy place?
He who has clean hands and a pure heart,
Who has not lifted up his soul to an idol,
Nor sworn deceitfully.
He shall receive blessing from the Lord,
And righteousness from the God of his salvation.
This is Jacob, the generation of those who seek Him,
Who seek Your face. Selah

Erupting in blooms
A magnificent result: check out my perennial garden bed!
December Broccoli
A Closer Look at a Few Pumpkins from the Breeding Project
Meet the Jing Huang Mango

South Florida Food Forest Species: Yes or No on These?