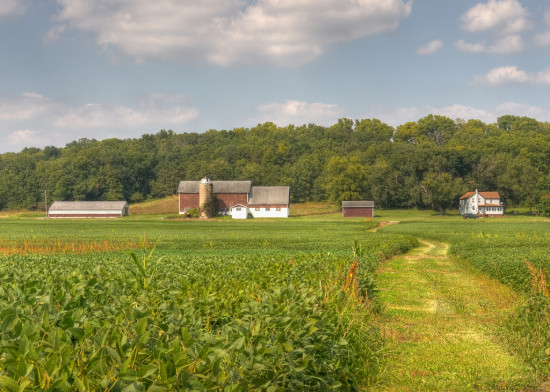 A study conducted on soybean plants grown on various Iowa farms has found unusually high levels of Monsanto’s Roundup herbicide on the genetically modified crops.
The researchers looked at the accumulation of pesticides and herbicides on plants that had either been genetically engineered as “Roundup Ready” tolerant to glyphosate, the main herbicide in Monsanto’s Roundup; or they had been conventionally produced, but not GMO; or, they were soybeans that had been produced from organic seeds and growing practices.
According to the study’s findings, which are published in the June issue of the journal Food Chemistry, high levels of Monsanto’s Roundup were found on 70 percent of the GMO soy plants. The scientists recorded average levels of 9 milligrams of glyphosate per kilogram in the study samples, which is almost double what’s considered an “extreme level” of contamination.
“Who says when Roundup contamination can be considered ‘extreme’?” asks the Environmental Working Group, “Monsanto itself. In 1999, the chemical giant defined an “extreme level” of the herbicide as 5.6 milligrams per kilogram of plant weight.”
(READ THE REST over at Organic Authority)

Soy is in almost everything. I don’t eat it anymore, but for those of you that don’t mind its estrogenic effects, genetically modified DNA, etc… maybe this will be reason enough to jump off the HMS Soybean in search of smoother sailing.

Grow your own food and stay away from corporate feed.

This is just typical of what's going on with the food system, or rather, should I say, the feed system. Too many people I know think I'm nuts when I tell them grow your own food. "Too much work", they say, but, they do make sure and plant flowers every spring all around their garden.

You're right. It really comes down to priorities.

Great work keeping us informed David. I'm in the pan handle of Florida ,and really trying to get into gardening so my children can eat healthy. So far I've got some corn, summer squash, and pumpkins planted. Thanks again!!!

Keep up the good work… and if you don't have any, start adding perennials like chestnuts, mulberries, chaya, cassava and other good long-term crops.

I like biotech and the whole idea of GM plants. I keep hoping that they can engineer a mango tree that can handle our winters here north Florida. How and when did you come to question GM foods?

I believe plants were already designed to reproduce after their own kinds, though that's actually not what got me to turn on GMO.

What did was my utter lack of faith in the system and the profit-driven researchers and scientists at the top. Over and over again, we've seen something promoted as safe, then recalled. In the case of GMOs, the results are not in and the people are being used as lab rats.

If you're interested in a cold-hardy mango, start planting lots and lots of seeds from a wide variety of fruit, then seeing which ones survive.