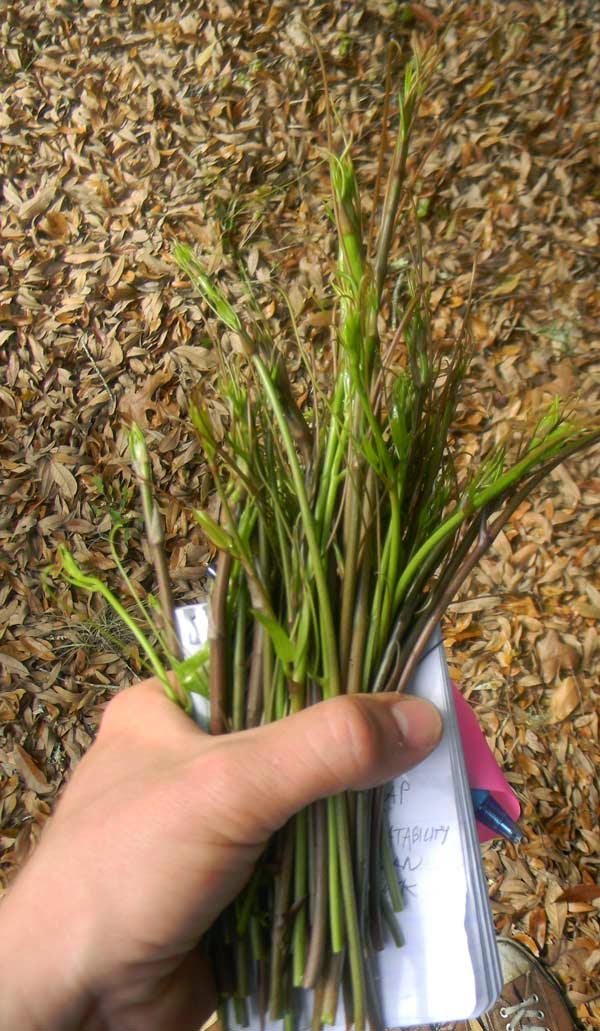 We have found a few gigantic smilax roots in our yard at the edge of the area where we’re planting the new food forest. 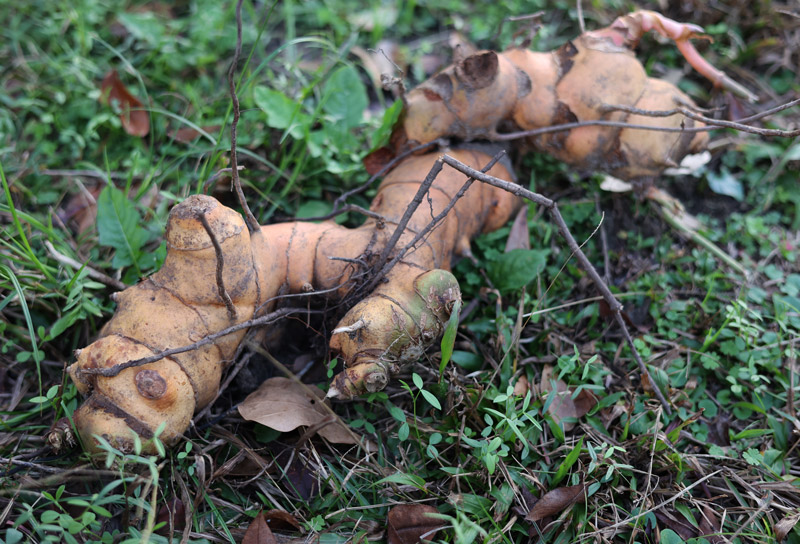 Some species of smilax have truly excellent shoots which taste quite a bit like asparagus.

Of course, smilax is also a terrible, thorny weed that strangles trees and food forests and tears up your legs when you try to get work done in the woods.

At The Sand Pit of Death where we had our last garden, my brother Brian and I cleared an area in which we hoped to plant a food forest.

Within a few months after the weather warming up, the entire area was covered with smilax vines. Unfortunately, they were a bitter variety.

Even sadder, we never got to plant most of the food forest. Though a year later, we did something even better and bought our own homestead. On this piece of property, we have a lot of open space as well as some woods. But in these woods, the smilax are not bitter.

The smilax root in the photo above is the type that makes very thick, tasty shoots. Though we don’t want it taking over the food forest, I would like to harvest the shoots. They’re truly an excellent vegetable.

The Crazy Idea to Grow Smilax on Purpose

So what about this? What about taking a half-dozen or more of these huge smilax tubers and deliberately planting them at the base of a big trellis? We have lots of bamboo. We could build a big trellis and plant the bottom with lots of shoots. After a good harvest, we could leave it alone to grow more vines for the year and make lots of leaves to feed the roots, then get another harvest the next year.

Wouldn’t that be a cool project? We’d turn a “weed” into a perennial vegetable patch that would produce food year after year!

This is the time of year to go dig up smilax roots, as the vines have died down and the big tubers are easy to find in the woods.

Cleaning a heart of palm
How To Identify an Edible Bolete Mushroom
Bilimbi: In Search of Ghost Fruit
Living Buildings and Bridges
Experiment: Growing Dwarf Coconut Palms in a Colder Climate
4 comments
PinterestWhatsappEmail

Planting a Green Sugarcane Variety in a Wagon Wheel

On the Hidden Costs of Shortcuts…

Have you tried eating the smilax roots? I have seen some people reference making root beer with them and others talk about eating them like potatoes or using them to thicken soups.

I haven’t. Their hardness makes them look like too much trouble.

I think every food short of the ones God gave to Adam in The Garden started with someone saying “this weed tastes pretty good, I think I’ll grow it on purpose.” I think we all need to be working to figure out what we can harvest that is totally crazy easy in our own backyard.

Creeks and Seminoles extracted the starch from the roots and used it in soup. But I’m not sure if that was a regular thing, or famine food. Bartram mentions it. Can’t beat it for being plentiful and easy to find. The shoots are good eating– I think they are even related to asparagus? The ones at our old house were tasty, easy to collect all summer, and will grow even in areas that get too waterlogged for other plants. Might be a good use of semi-marshy areas that would otherwise be wasted space. The berries are edible but don’t taste good. They help birds get through the winter though.