Last year we attempted to make terra preta in a test garden bed:

Here are the results we’ve seen, as of this week:

In this video, I dig into our terra preta test bed and see what we can see.

For the first season, everything grew very well. But this year, the good growth stopped. My theory is that the trees are sucking up the fertility, but it could also be that the area we charged is running out of fertility. We buried bones, charcoal, manure, biochar and pottery shards in an attempt to make terra preta.

Another possibility is that we need to make a lot more fine char, to really darken the ground with carbon and provide more hiding spaces for microlife.

Of course, some people don’t like my attempts to recreate ancient technology: 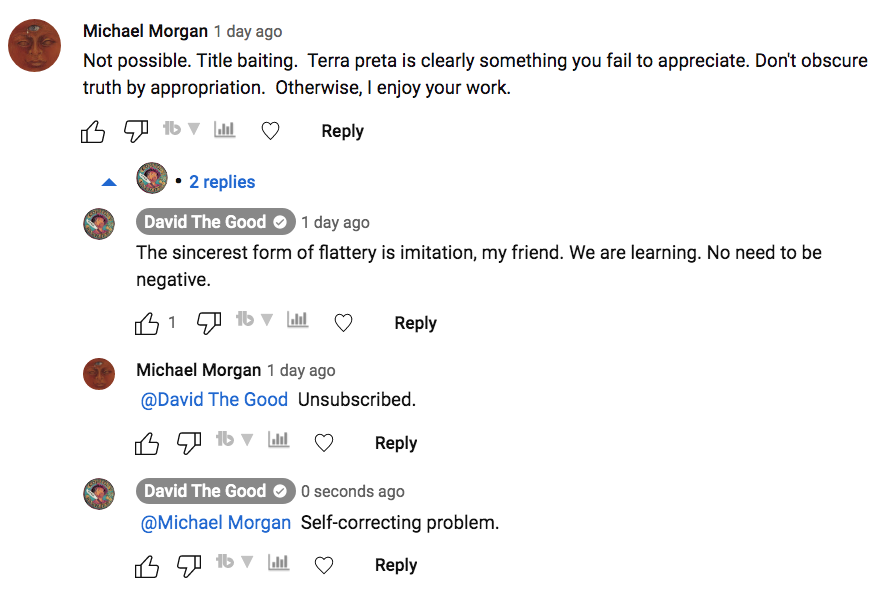 It beats me how trying to recreate terra preta means that I fail to appreciate terra preta, but there are a lot of daft people running around with access to the internet.

Can we make terra preta again? I have no idea. But we’re going to try. We have a lot of wood we can chop for char here, especially as I start coppicing trees late this winter.

What do we do with sand?
Making Homemade Seed Starting Mix
Fertility is Everywhere
Reading the weeds
A Former Dairy Farmer Comments on my "Deer Plot Method" of Fixing Bad Soil
3 comments
PinterestWhatsappEmail

It would be interesting to see a bed away from any trees to test your theory. It is known that the Amazon forests are at least man-manipulated, if not totally man made. Wouldn’t it be funny (possibly ironic?) if they had started with no trees at all?

Yes, that would be something. There is a lot about the past we don’t understand. Lots of mysteries involving giants and monoliths, strange tech and disasters.

Can I get kinda woowoo? Imma get woowoo here for a minute.

One of the really intriguing properties of terra preta is that it is supposedly self-regenerating. It is claimed by those who harvest it for a living that they can come back to a previously harvested spot after 20 years and harvest more. I tried finding the source I got that from, but I can’t find it now, but there are plenty of articles out there talking about it self regenerating.

One suggestion is that, after the terra preta is harvested, leaf litter falls on the harvested area and breaks down to form more terra preta. I find that explanation unconvincing, however, primarily because if that were the case, then why isn’t the entire Amazon composed of terra preta, rather than just the pockets of formerly populated areas that we find today? From what I can remember, the soil of the Amazon is actually incredibly unfertile, not unlike the situation in Florida, a characteristic that made the discovery of terra preta all the more amazing.

Now, one of the things that caught my eye concerning the composition of terra preta was the presence of large amounts of potsherds, and the reason I found that particularly interesting was that at the same time I found that out, I was also investigating the use of effective microorganisms (EM) ceramics in soil. The story goes that the frequency signature of the EM is imprinted on the ceramic when fired, thus preserving many of the positive attributes of the EM themselves, which in turn promotes happy feel-good things happening in the soil, almost in a more persistent manner than if it was just the EM in the soil. There is some fascinating, take-with-a-grain-of-salt material that touches on this at Emro Japan’s website.

Now, if I remember correctly, when you did your terra preta experiment, you did in fact put potsherds in along with the other stuff, but I have to question whether the clay that was used in the manufacture of those pots was fermented for months in a solution of EM (or IMO or other intentionally inoculated solution) before being fired.

Is it possible that the positive effects of your terra preta experiment would have been more enduring if you had, say, tossed some raw clay into a bubbling pot of your fetid swamp worter and let it party for a few months in there, and then tossed it in a nice, hot bonfire, and then used that instead?

It’s something I definitely intend to investigate.