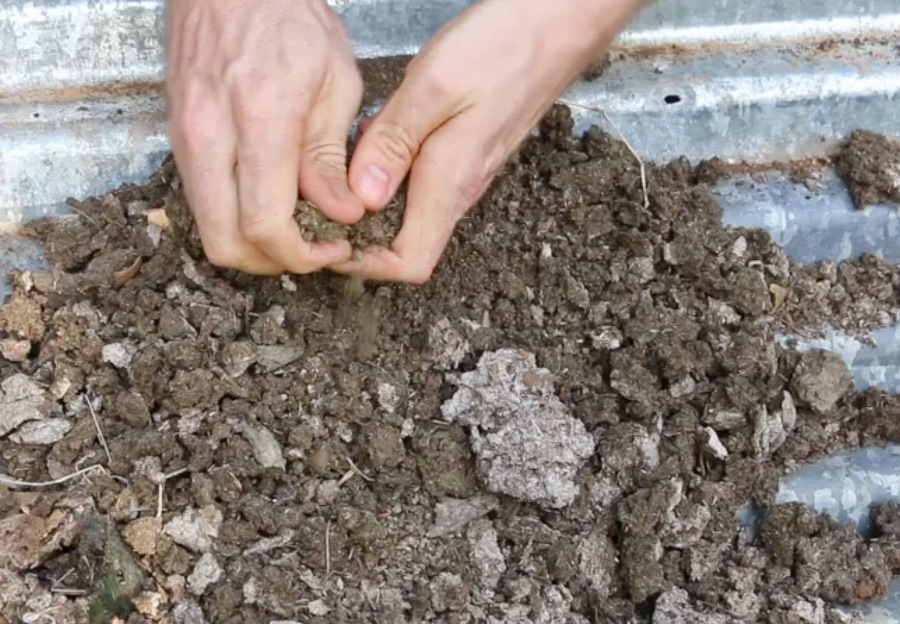 I used to get horse barn sweepings (horse manure, urine-soaked sawdust) from a riding school. It was like garden magic. But one year one of my six raised beds starting showing the signs. Tomato leaves were curled and the tomatoes stopped growing on the vines. This was two months after planting. As near as I can tell, there might have been one contaminated horse clod in the bed. But all of the plants’ roots found it. None of the other beds, which received the same material, had a problem.

I cleaned all of the soil out of the bed to a depth of 18 inches below ground level. Then I replaced it with a 50/50 mix of black dirt and composted food waste. Everything was fine after that.

The riding school owner was heartbroken, because they counted on gardeners taking the material. The city would not let them spread it on their own fields. And she would only buy hay from sellers who guaranteed no Grazon. But if a new horse arrived at the school, which had grazed on a contaminated field, or on contaminated hay, the day before? How can you control that?

And that’s really the kicker with Grazon.

There are so many potential corruption points that all compost, hay, manure, purchased soil mixes, etc., must be considered suspect.

Thank you, David! It happened to us–our garden ruined by a load of “all natural garden topsoil” that twisted, stunted, and killed half our crops. Worse, I had added some around fruiting bushes–they got twisted stunted leaves too. Wish I had done a test first…

I got rabbits to use their manure. They eat hay I get from Rural King or TS. Now I am terrified to use their manure because there are no guarantees the hay wasn’t sprayed. We are in the city, so notrustworthy farm near that distributes hay. I did test the manure this way to start but will have to continuously because of different batches of hay.

Every new batch of hay… every batch of manure… all must be tested. It’s simply easier to avoid outside contaminants altogether by closing the loop on your own property. That may mean getting animals, composting humanure, growing your own hay/straw, making swamp water, planting cover crops and creating huge piles of compost, but you simply cannot trust the Babylon system not to poison you and your crops.

The entire agricultural system is corrupt, and its corruption is overflowing into the backyard gardens of good people who are trying to grow safe and healthy food for their families.

May God bring His judgement and have mercy on His people, rescuing us from evil.

Be wise, press on, learn to compost everything, and pray for truth to reign and the poisoners to falter.

A Banana Circle Around a Composting Toilet?

There’s a farm here that sells alpaca manure every spring. I’ve been satisfied with the results and assumed it was safe. Do you think the same problem could come up with alpacas?

Yes, definitely. It depends on if they eat hay from an outside source, or from a field that is sprayed.

David, what is the test mentioned in your post? I have been bringing home alpaca manure from an animal rescue I volunteer at with no issue thus far but…better safe that screwed.

Hi David,
Thanks for all you do. We bought a bunch of bagged compost for our raised garden last spring and alot of the veggies really struggled. Seedlings would sprout fine and then die. I don’t think this is related to Grazon but I’m very suspect of the bagged compost / potting soil suppliers. By the way, I made a bunch of swamp water all summer with great success!
Joe

If you take manure from an unknown source and put it on your own grassy field, do you think it would be safe to harvest hay off of that field later in the season?