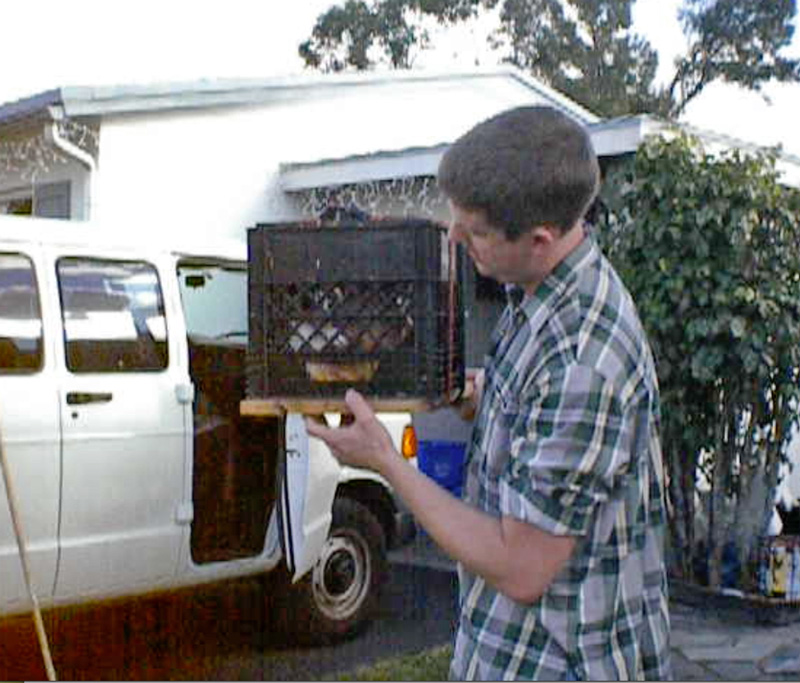 Via the Miami Herald:

“South Florida’s most aggressive invasive species has found a new way to grab headlines: slither atop a research platform in Biscayne Bay.

Last month, a kayaker spied a 9-foot Burmese python wrapped around part of a platform more than a half mile offshore in Biscayne National Park usually inhabited by sunning cormorants. The sighting was a first for the park and another worrisome sign that the state’s out-of-control pythons are getting more adept at inhabiting the state’s salty fringes. In September, state wildlife biologists confirmed for the first time that the snakes are now breeding in the Keys.

“It’s another raising of the notch in the war against pythons,” said University of Florida wildlife biologist Frank Mazzotti. “When you actually see something like this, how often does it occur that you don’t see it?”

Swimming snakes are not unheard of. A 2015 study by the U.S. Geological Society tracking pythons for five years found they lived in both freshwater marshes and mangroves around Cape Sable. Scientists suspect at least some of the adult snakes that started breeding in Key Largo swam there. Finding a snake on a platform just confirms the snakes are equally comfortable in open water, Mazzotti said.

“To find one swimming is not surprising and it probably, in the course of swimming, spied that platform and said, ‘Ah, this is a good place to get out in the sun,’” he said.

It also means the snakes could make their way to islands inhabited by birds or other small mammals and occasional turtle nests. Six of the park’s islands, including Mangrove Key and the Arsenickers about five miles to the south, annually attract nesting birds, mostly cormorants but also herons, egrets, ibises and roseate spoonbills. And any island big enough to support mammals could be a target for pythons.”

Ha! That’s just the latest bit of crazy zoology to get established. The pythons in South Florida have to wait in line for recognition. They got here thanks to pet owners, and then stayed due to the lovely weather and abundance of yummy dogs, cats and homeless drifters.

South Florida has so many invasive species at this point, not to mention urban sprawl, there is barely a shell of the previous ecosystem left intact. You can glimpse pieces of it by canoeing down the New River, but mixed among the pond apple trees and gumbo limbos are Brazilian peppers and a veritable army of escaped “ornamental” species brought in by homeowners and the landscape trade.

Pythons are just the latest worry.

The rising Tide of Refugee Reptiles

Heck, we’ve probably added a half-dozen varieties of lizard ALONE since I was a kid. Back then I remember brown anoles (invasive) and green anoles (native), plus the Mediterranean gecko.

At some point when I was a teenager a neighbor caught a Knight anole, which we later started seeing more and more. I also remember when iguanas started showing up everywhere.

A few years ago I helped my dad catch a huge iguana in his yard which was hanging out in the poinciana tree. Dad blasted it out of the tree with the hose and then we nabbed it in a crate. I can’t remember what we did with it after catching it in a crate. Whatever it was, it was probably in violation of some law. There are so very many laws it’s hard to keep track.

Where I live now in Central America the natives occasionally eat iguanas. Apparently they taste quite good.

The adults are vegetarians and wreak a lot of havoc in South Florida gardens – maybe Floridians need to get these guys on the menu, stat!

Ah, someone beat me to it.

As for the pythons in South Florida, I have hopes they’ll reduce the burgeoning poodle population among the condo dwellers.

Or maybe, at the very least, help get rid of squirrels.

The Koi Pond at Bok Tower

I had iguana once in Panama. Didn’t know it until after the fact, though. Thought I was eating some king of beef stew.