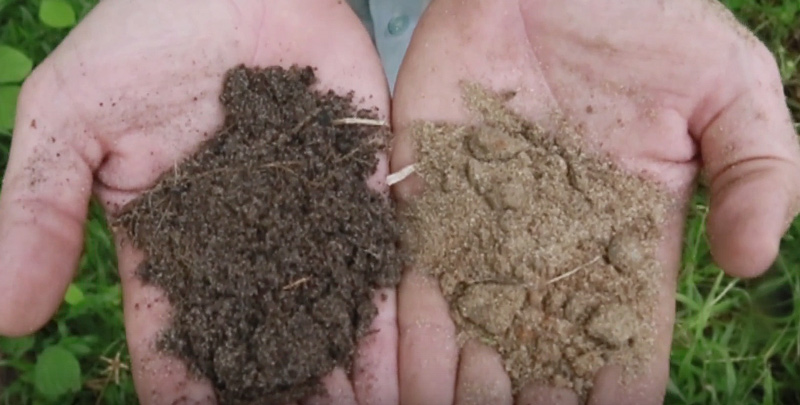 Later today I am putting out a video showing the beginning of my quest to create terra preta soil in my garden.

The creation of terra preta is still a mystery since those who created it are long-dead. Cornell University notes:

“”Terra Preta de Indio” (Amazonian Dark Earths; earlier also called “Terra Preta do Indio” or Indian Black Earth) is the local name for certain dark earths in the Brazilian Amazon region. These dark earths occur, however, in several countries in South America and probably beyond. They were most likely created by pre-Columbian Indians from 500 to 2500 years B.P. and abandoned after the invasion of Europeans (Smith, 1980; Woods et al., 2000). However, many questions are still unanswered with respect to their origin, distribution, and properties.

Already at the end of the 19th century, Smith (1879) and Hartt (1885) reported the existence of dark earths in the Amazon, which had a dark color and were highly fertile. The origin of the Amazonian Dark Earths is not entirely clear and several conflicting theories were discussed in the past. Camargo (1941) speculated that these soils might have formed on fallout from volcanoes in the Andes, since they were only found on the highest spots in the landscape. Other theories included a formation as a result of sedimentation in Tertiary lakes (Falesi, 1974) or in recent ponds (Cunha-Franco, 1962). Further theories are mentioned by Smith (1980), which all did not hold against later investigations. It is now widely accepted that these soils were not only used by the local population but are a product of indigenous soil management as proposed by Gourou (1949). Later surveys confirmed these findings (Sombroek, 1966; Smith, 1980; Kern and Kämpf, 1989). Whether they were intentionally created for soil improvement or whether they are a by-product of habitation is not clear at present. This is in part due to the varied features of the dark earths throughout the Amazon Basin.”

In the midst of terrible soil, there are areas with excellent terra preta soils that maintain fertility in an incredible manner. They can be farmed upon again and again, often without additional soil amendment.

As best as I can figure, the terra preta soil is a mixture of clay, charcoal, bones, broken pottery and probably manures. I am currently seeking to source all of the above. We are making charcoal and saving bones (though they aren’t enough), and I am also looking for a load of clay to turn into rough pottery which we can then fire and break to till under. Manure is a tougher one due to the contamination of long-term herbicides in most sources, but I may get a cow or two just as a source of safe manure for the experiments. We may also get bones from a butchering facility and roast them over a fire.

It’s an interesting venture – we’ll see what we can do. I know that the charged biochar works well already – let’s put more pieces in place and see what happens.

What do we do with sand?
The Five Keys to Building Healthy Soil
Homemade Potting Soil @ The Grow Network
Balancing Soil Minerals with Steve Solomon
Could Elements be Changed into other Elements via Biological Processes?
9 comments
PinterestWhatsappEmail

This was a good article that really got my mind working. I started thinking about what animals the ancient Amazon people had around at the time. Goats chickens pigs and fish were what came to mind. Maybe Those should be the sources of the bones and the manure that you should use in trying to re-create the Amazon soil. Those resources might also be Easier to locate and you’re Area. Just a thought.

Also fish bones in chicken bones are hollow. They could sit in the soil and absorb and hold nutrients just like bio char. Like I said this was a really good article it got my mind working. Good job David now I can’t stop thinking about this.

Something also tells me being in the rain forest there’s probably a lot of moss growing Everywhere. Pretty sure if we use moss in our gardens today for filler and mulch why wouldn’t ancient people be using it back then to do the same thing..
I cannot promise that this will be my last comment.

I added your comments to my latest post. Good thoughts.

I have often considered keeping rabbits for the manure. As far as we know, Amazonians did not keep any kind of large livestock. Some theories hold that the simplest way to duplicate their results would be to make a bunch of large clay pots and use them as latrines, layering them up with charcoal as you go (this would do a lot to keep them from stinking). When they’re full, cap them with clay, and maybe once a year haul them out to the fields and smash them.

What about using comfrey as a green manure….just a thought. my father was an organic gardener and as a kid he’d use this, fish heads and seaweed

Yes! All excellent for nutrition.