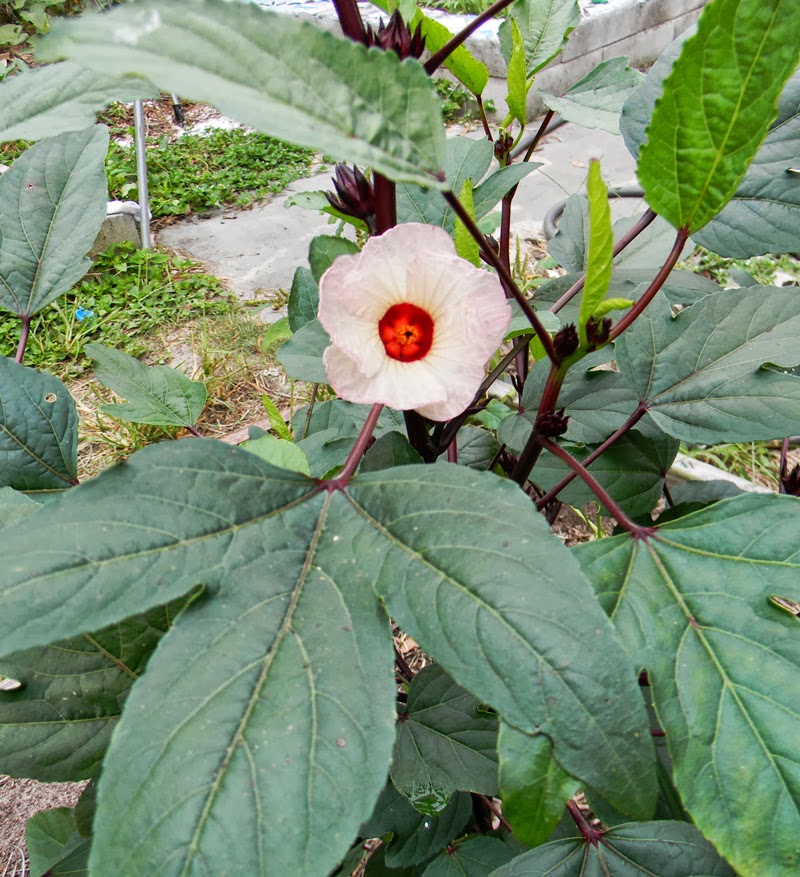 I’ve been quite busy over the winter working on acquiring and propagating some cool new plants for Florida Food Forests, along with increasing my stock of standbys that proved popular in 2014.

Some of these take a long time to propagate and were hard for me to keep in stock. I probably could have put a lot more into people’s hands if I’d been able to get started earlier, so this year I’m working on it. Some things, like pawpaws, take a serious time investment. Two years ago I planted around 50 seeds and got about 6 to germinate… then waited months until they were a good size… and then those sold out quickly once people realized I had them. Last fall I got about 200 seeds this year from a better source and am hoping for a good run of them this time.

The problem with pawpaws: the seeds need to be kept in a damp mix in the fridge for four months before they’re sown… then it takes another few months for them to come up. I won’t be able to plant the seeds I have until March, then it will probably be fall of this year before I have seedlings that are large enough to sell. 2016 should be better… this is a long-haul thing.

Improved loquats are another one that takes time. Since very few people grow them here, I have to grow my own seedlings until they’re big enough to graft (this takes at least a year), then I need to graft them with scions from improved varieties, then wait for those grafts to (hopefully) take and grow… then I can sell them. I have a few improved trees right now, but it will probably be summer before there are ones I can sell.

Part of the challenge of being a nursery that deals in rare edibles is that I have to do a lot of the work myself in germination, finding strange vegetables and figuring out how to propagate them, and grafting fruit trees with better types.

American persimmons are another tree I’d love to carry lots of but they’re much like pawpaws in the time they take to develop.

That said, this year I’m adding some cool new plants to the mix to see how they do.

Among other things, I’ve nailed down the following and I’m excited to see people trying them here in North/Central Florida: It ought to be a very interesting year. Some of the Raja Puri bananas I sold to folks last spring are already producing fruit for them, so I’m totally keeping that variety in stock.

Last year I only had a handful of some rare plants. They would come with me to the Farmer’s Market once in a while and get snatched up by plant geeks like myself as soon as they were spotted. Naranjillas and turmeric, coffee and edible-leaf hibiscus; they were pretty much all gone by fall whereas one of my favorite plants – chaya – only rarely sold even though I think it’s one of the best crops you can grow.

We’ll reopen the booth at the 326 Market soon… I’ll let you know when we’re there. Thanks for the e-mails and the encouragement.

I am thrilled to see people growing their own food.

From the Inbox: Florida Gardening Failure!
Growing pawpaws from seed; plus, amazing facts about pawpaws!
A Handmade Clay Kiln
The Survival Gardener Book of the Week #1: Gardening When it Counts
Discovering Wild Cicely in the Faroe Islands
florida food forests
5 comments
PinterestWhatsappEmail

A Nice Review of The South Florida Gardening...

How To Grow A Peach Tree From a...

Awesome work you do man. An inspiration for me of not many others as well. I'm on the way to getting a good perpetual food supply going but I'm far off of what you got! I would love to get a hold of one of those kava kava you mentioned. Its incredibly hard to source a legit kava. End up with other pipers most often like root beer plants. Never got a real one with several attempts. I may need to email you about my rare stuff collection is your down for trading in the future!

Its gonna get crazy here soon! I WANT my own nursery like business. Have about a billion rare seeds of many things. Odd hard to find peppers and such. You think if I grew out nice six inch tall plants in four inch pots and had a huge garage type sale I'd stand any chance of getting off the ground? Would advertise locally through Craig's list or something to draw people to me. I'm just to scared to rely on myself and take the leap. However I feel its what I must due in time. The Creator commands me too or at least it feels like that lol! I just love plants and its what I want to do for my part in this world.

Yeah. I got some "kava" through the mail once that was P. auritum. This time I was able to taste and smell the mother plant myself… it's definitely not root beer plant.

As for starting your own nursery – why not? Try it and see. I'll have to post about my first nursery one day…

I will absolutely take a raisin tree off your hands when you have some! –Ivy Mae

I just planted a Maya nut tree . what can I expect. Can you eat the nuts without processing?

I am not sure on that one. Reportedly, you can eat them dried.