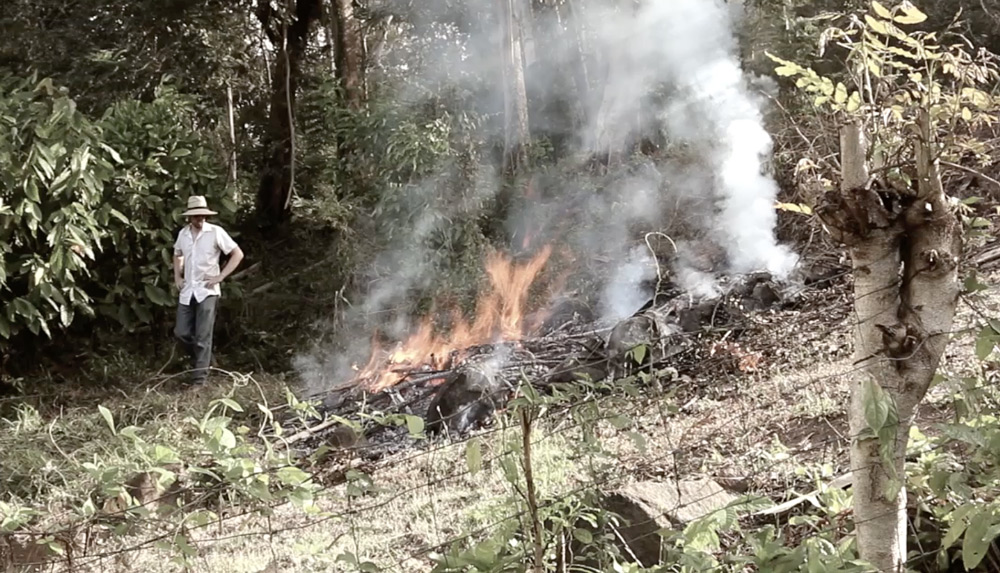 Yesterday I put out a video follow-up to Steven’s recent biochar burning video:

The funny thing about this video: about half-way through the burn, our water went out completely. As in, the line was shut off. When I called the utility company, I discovered that water was running low due to our extended dry season.

And here I was with a fire and no working hose. Fortunately, I had gotten it down to mostly coals by the time I quit filming. I finished putting out the fire with watering cans filled from our rainwater barrel.

Later in the day, though, I returned to find that some of the coals weren’t as quenched as I thought they were and much of the biochar had burned down to ash.

Ah well. I can use ashes too.

I took the coals and put them into a big bucket, then filled that bucket with compost tea from my big anaerobic barrel, plus I throw in a few handfuls of finished compost.

This will hopefully “charge the char,” then I’ll take the whole bucket in a week or two and turn it into a garden bed.

A Mulberry Hedge
Stop Burning Brush!
Slash and Burn and Biochar Test Beds
Making Small Batches of Biochar Without A Kiln
Ashes vs. Charcoal in the Garden