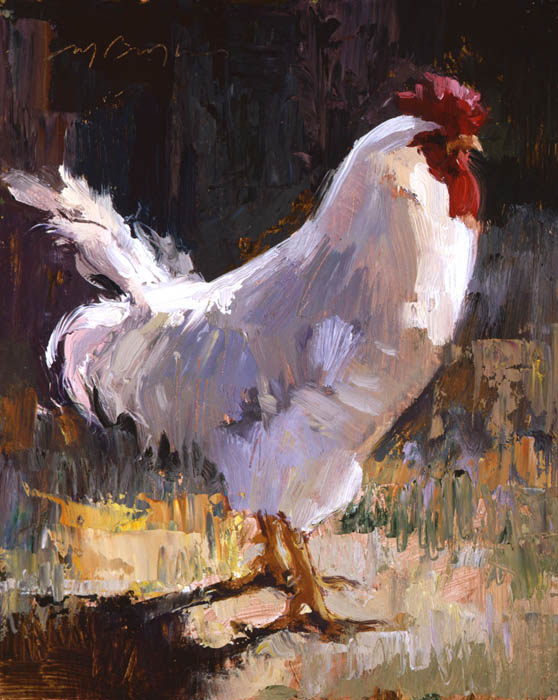 Getting rid of chickens may be a bad idea… but I did it. You can’t have everything.

After almost three years of keeping chickens, I got rid of my flock.

I know, dear prepping friends, this smacks of heresy. And not only that… HYPOCRISY! After all, was I not the one that emphatically stated “you need chickens?” And was I not the clever innovator that developed a full chicken feeding plan?

The problem is, my chickens were one too many straws on this camel’s back.

I write 12-14 articles and posts per week. I also produce and edit a national radio broadcast. Beyond that, I’m working at keeping up a plant nursery, a teaching schedule, a bunch of garden beds and two food forest projects. Traveling is also difficult when you’re keeping a flock… and I have to travel.

Something had to give. And give it did. After a string of raccoon attacks and a bad run of birds not laying eggs… and a look at how much feed was costing… I gave up. For now.

Part of the problem with keeping birds has been my limited acreage. I like to keep as much as possible on-site. Call it sustainable or call it cheap, I just don’t like having to bring in inputs.

In a couple of years my food forest should be unstoppable. I’m also hoping to acquire more land at some point. When one or both of those events come to pass, it’ll be a lot easier to maintain a flock.

Until then, we’re buying eggs again. We also have relatives that live only 4 miles from us and they have a big flock.

One final thing I’ve realized from keeping animals of various sorts: I don’t really like animals. I’ve never had a dog, don’t like cats, find ducks and chickens irritating… and don’t get me started on goats.

I like people and I like plants. I get to spend more time with both now that the birds are gone.

But boy… I really miss those eggs. And the manure.

Though not the noise or the runaways.

Heresy? Hypocrisy? Naw. You gave it the good old Girl Scout try, and it just isn't you. I am definitely a critter person, and always have been. We all have our own strengths, and they aren't always the same.

Thank you. Now if I can just manage to sell all these boxes of cookies…

It seems almost un-american to admit you don't really like animals (**smiling and kind of kidding**). I mean this is a country that offers pet insurance for goodness sake. 🙂 You just watch, before you're called "home", some furry little critter will maneuver his or her way into your heart and change your views on animals.

As for the chickens . . . I can totally relate. After several years, I had to send my flock out to greener pastures ~ quite literally actually. Beautiful coop and 8 girls were transported to acres of green, open land. I miss them, but the feed was quite costly and my tiny home just not conducive to backyard hens. Who knows what the future holds though . . . perhaps chickens for me and puppies for you.

I really wish I could have chickens,but,alas,Hillsborough cnty. Won't allow it,where I live.

I feel for you. Moving out of a agriculturally restricted city/county (on more than just chickens) was one of the best moves I ever made.