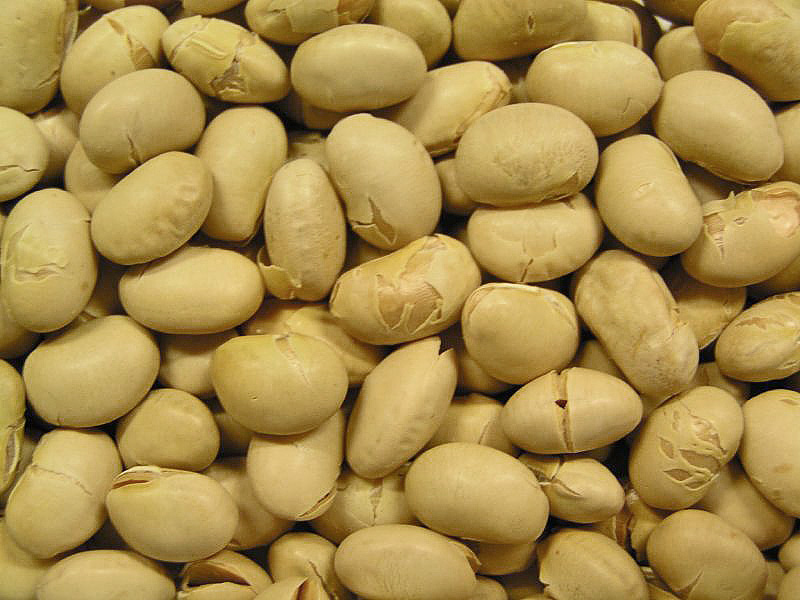 P. D. Mangan breaks down the dangers of soy for us in a recent post:

“Some studies have found the effects on male hormones such as testosterone to be minor, others have found a larger effect. The larger point, however, is that because phytoestrogens bind and activate the estrogen receptor, they don’t need to change male hormones to have a feminizing effect.

Large amounts of soy can lead to a complete loss of manhood and gynecomastia (man boobs).

Phytoestrogens in soy can disrupt the endocrine system in fetuses and infants, leading to lifelong reproductive problems in both men and women, and can alter the developing brain.(Source.) Consumption of tofu is associated with decreased cognitive function in adults.

Soy simulates the growth of estrogen-dependent breast tumors in a dose-dependent manner, so soy products may cause cancer.

Men who consumed large amounts of soy had lower sperm counts. “In the multivariate-adjusted analyses, men in the highest category of soy food intake had 41 million sperm/ml less than men who did not consume soy foods.”

Soy suppresses thyroid function and is a goitrogen. As someone who’s had hypothyroidism, I can say that you really, really don’t want that to happen.

The really ugly part of soy is that Big Food puts it in everything, and as we saw above, the FDA approves of it, and so large numbers of people are consuming large amounts of soy.

Could that be responsible for the general feminizing of men that so many have noted?”

I am not a fan of soy, to be sure. When I discovered the many problems associated with this ridiculously common food ingredient, I started deliberately avoiding it. The hardest part for me was skipping store-bought mayonnaise. Making mayo at home is like alchemy: it’s easy to mess up unless you know all the secret words, perform it during the right phase of the moon, and don’t make a single mistake while mixing in the newt’s eyes and black cat hair.

Fortunately, my wife is pretty good at it, so I have yielded this bit of dark science to her.

I recommend reading all of Mangan’s post – it’s eye-opening.

If you’re a man and want to consume a bean that does the opposite of soy, grow these.

Is Grass-fed Beef Worth the Money?
More Dangerous than Raw Meat
Growing Nutrient-Dense Vegetables on the Cheap
A Grazon Health Nightmare: Aminopyralid Poisoning
Getting Stronger and Leaner
6 comments
PinterestWhatsappEmail

Easy Ways to Incorporate Wild Greens into Your...

The big “hidden in plain sight” soy product IMO is what is sold as vegetable oil. All the labels I have read have either soybean oil as the main ingredient, or sometimes even the only ingredient. Margarine is another one … we’ve gone back to real butter and lard, but sadly you need to read labels on your lard to make sure there isn’t “partially hydrogenated soybean oil” in that as well. I’m tired of the small selection in my small town grocery, and have three potbelly cross pigs now. We also now have a cream separator and butter churn to go with the dairy goats.

It’s actually become quite a bit of work to just eat normal food!

I make fun of people that shop @ whole foods and fresh market, but it is the only place I can find pure lard and tallow. Good luck finding a salad dressing that doesn’t contain soybean oil, or some other hydrogenated mess. Shoot, hard to find real olive oil anymore, I have to import it from Italy from a small farm. Screw soy, and the vegans that made it popular.

My annoyance is tuna packed in “water” which is really soy broth. There’s only one brand of tuna at the grocery store that is actually packed in only water.

And that would be?

Danny, the California olive oils have tested pure and are actually pretty good (to my unrefined palate, at least) and affordable.

Being in my mid-50s, I was born during a time when a whole generation of women had been convinced that breast-feeding was vulgar and unhealthy: second-rate and second-class, and that the sanitary and wholesome option was to feed your baby commercial formula. (I well remember my mother and grandmother disparaging a poor neighborhood woman who continued to breastfeed. And we were country farm folks.)

Soy was introduced into formula in 1929, although I do not know what proportion of formulas were soy. But I wonder at a possible link between those of us fed soy-containing formulas as infants and the jaw-dropping spike in hypothyroidism, which soy absolutely can cause or exacerbate as I know from personal experience.

It still amazes me that people used to denigrate breast-feeding. You’d figure it would be obvious that a woman’s body was specially constructed to feed a child. Moving away from the Creator’s design always gets us in trouble.