Home Cooking An Unconventional Use for Snails
CookingCreatures 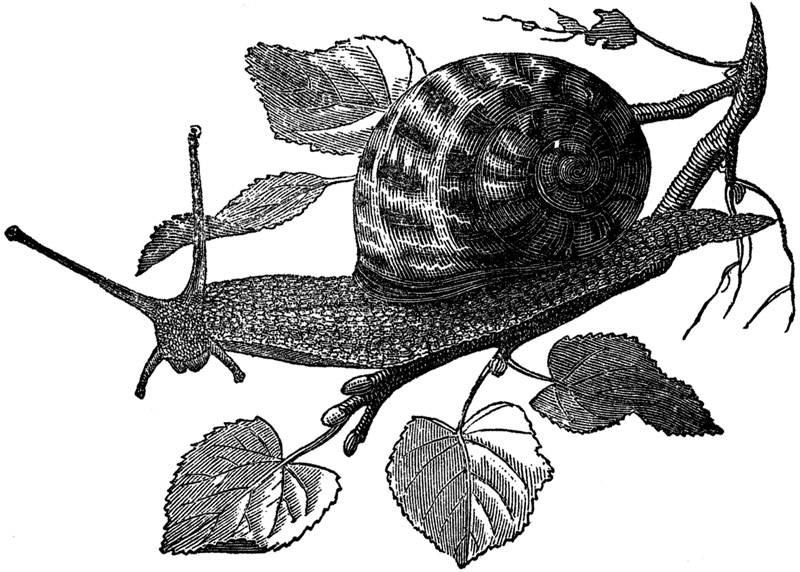 I was researching medieval history today for a project and came across a post on snails I found entertaining:

“Snail water was also known (counterintuitively to this writer’s tastes) to whet the appetite. In this recipe for snail water in the collection of the New York Academy of Medicine, snail water is fortified with ale: “Let the Ale this water is made of, be the strongest that can be Brewed, this exceeding good to cause an Appetite.”

Snail water as a cure may seem strange to modern sensibilities, but as Alun Withey points out, oral testimonies taken in rural Wales as late as the 1970s reveal evidence of the medical usage of snails, “including one involving skinning 12 black snails, putting sugar on them and leaving them overnight, before eating the gooey remains the next day!”

One could argue, in fact, that vestiges of humoral thinking remain to this day, particularly in the beauty industry. In the last couple of years, snail mucus has been marketed as a wonder treatment for wrinkles, acne, and skin texture. For example, through a company called Holy Snails, you can buy a hydrating serum that contains snail mucen extract. And even the big-box store Target has joined the trend, offering the “Super Aqua Cell Renew Snail Skin Treatment” containing 30% snail slime extract.”

I have eaten river snails, cooked, and found them palatable. Eating snails raw is dangerous, stupid and gross.

But the recipe in the post above… well, you just have to go over there and read it.

Snail snot? No, just no. I have to draw the line at gastropod secretions. Sautéed with garlic and butter is one thing. What’s next? Slug slobber?
Okra is about as slimy as I can handle.

I don’t know the composition of the snail goo, however, snails are often used as a source of Beta-glucuronidase and sulfatase (Helix pomatia) in labs to deconjugate steroids and other chemicals/hormones.