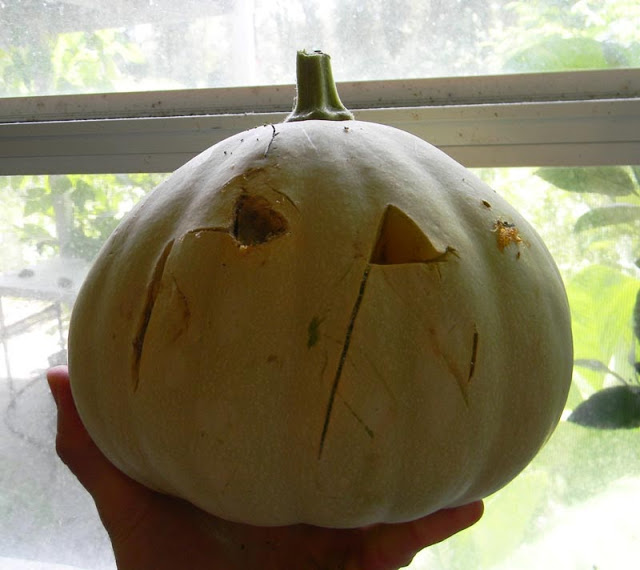 African Yam propagation from minisetts: it worked!
And Now We Present a Ginger Bloom
When to Harvest a Pumpkin or Winter Squash
Better Cassava Varieties
Godfather Tomato Plants