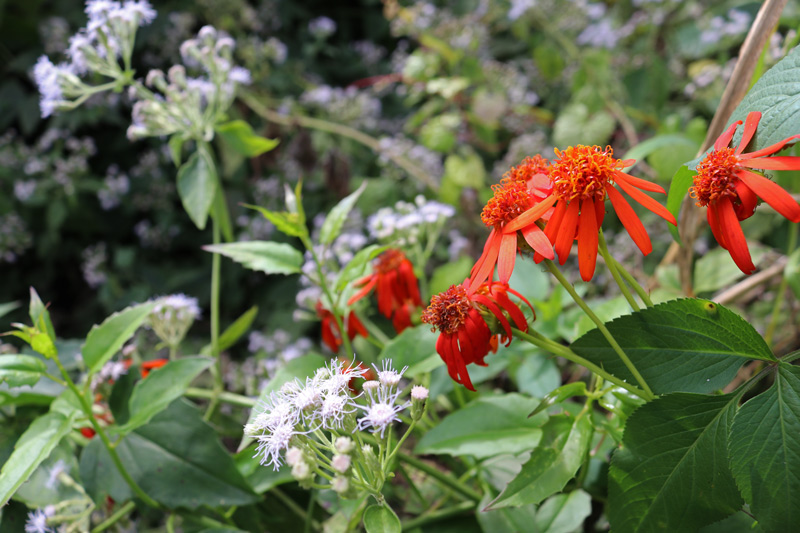 Back in 2019 I met Joan Starr at my gardening talk in The Great South Florida Food Forest Project down in Ft. Lauderdale. She invited me to visit Snyder Park and give some input on a food forest project they were launching. Though I was excited about the idea, I only had a few days in town and was living in the Caribbean, so I did not make it over there.

When I was a kid, I celebrated multiple birthdays at Snyder Park. It was one of my favorite parks because it had an artificial lake where we could swim. On one birthday there we had hot dogs. I ate too many of them and ended up laying on a picnic table with a stomachache while my friends swam.

Later, my now-wife Rachel worked at Snyder Park as a lifeguard when she was a teenager. When we were dating, I would occasionally drive over and bring her lunch. She was all tanned and looked amazing in her red lifeguard bathing suit with the white cross on the chest…

When I was in Ft. Lauderdale for New Year’s a couple weeks ago, I gave a little food forest talk at the Riverland Preserve and was able to meet up with Joan again. Unlike the previous time we’d met, I was able to set aside some time to visit the project she was working on at Snyder Park – and I was more than impressed! Joan has a few acres being converted to edible and medicinal plants right now by volunteers at the park. At the entrance to the food forest area are some tall raised beds that are handicapped accessible. And behind there is an open field loaded with young fruit trees that were planted about a year ago: These trees are from the Rare Fruit and Vegetable Council of Broward County, which I have visited before. Because of the irrigation system, these trees are growing fast. The soil has a decent amount of organic matter in it and as you can tell by the lush surrounding woods, it isn’t poor. I’d say it’s much better than the “soil” in my South Florida food forest.

Once you go past the first field area of the food forest, there is a tunnel cut through the vines and brush of the existing forest into a wide, open path. To the left side is an area that was originally planted with plants to feed and attract birds – a bird sanctuary – but it has been overgrown with weeds and wildflowers. I told Joan that it looked like a pretty good bird sanctuary just as it is. Who cares what was originally planted – I like the weeds, and I’m sure the birds do too. Not to mention the bees and butterflies. Along the pathway there are a variety of interesting and useful plants, including chaya, cassava, avocados and more. I also spotted one of my favorite trees – the black sapote, AKA the chocolate pudding fruit tree: A compost pile was also built for demonstration purposes: I said to Joan “Why would you need a compost heap in the food forest? Just throw stuff on the ground!”

She replied that it was there for teaching purposes, as they plan to do educational events and having a good compost pile design will be helpful for people with city backyards.

Also, not that the front slats on this compost pile have not been installed yet – this is all still a work in progress.

As you come around through the walk, you meet an area of shade with some scattered shrubs: In this area there are a variety of useful and edible species already, including Surinam cherries and wild citrus. Joan and her volunteers are saving them while clearing out some of the less useful and more invasive species. Like air potatoes, of which there are many!

By the entrance to the food forest is a big pile of air potato bulbils that lay on the ground like a gravel drive: In just a short period of time this project has really taken off and I am honored to have been the inspiration for creating a Florida food forest of this size, and in a park I loved as a child! Next time I head south, I’ll have to give a talk at Snyder Park. It’s shaping up to be a lovely food forest.

If you’d like to get involved or stop by for a visit, you’ll find more info on Snyder Park here.

An urban food forest in an empty lot
Velvet Beans: A Natural Testosterone Booster
Proper Fertilizing
She Quit Worrying and had Sweet (Potato) Success!
Papaya Fruit Fly on Your Papaya Tree? Here's What to Do!

Starting a Food Forest in Tennessee

If you see this, great job Joan!