Home Composting A Warning About Rye as a Green Manure
Composting 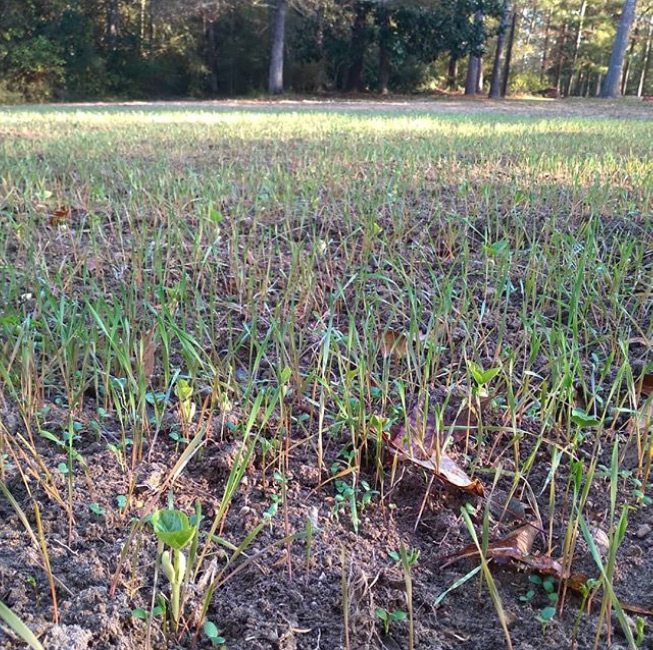 I was talking to Steve Solomon this morning and he shared some advice on the proper use of rye as a green manure.

By the time the seed head emerges, the protein in the crop drops to half. By the time it’s actually pollinating, it’s much more carbon-rich and will tie up plant nutrients if tilled under, and it’ll take 6-8 weeks before stuff will start to grow in that soil.

Before the seed heads emerge, the nitrogen (protein!) in the green manure is close to alfalfa levels. In a matter of weeks it completely changes. Timely tilling is essential. The danger of green manures is on clay, where you may miss your chance to till them under. If the soil is not ready for tilling, simply mow the green manure crop and compost it, then till the roots at the proper time and add a nitrogen source.

Steve plants cereal rye in April (October in the Northern Hemisphere) over what were his summer beds. It’s warm enough for them to germinate still. The rye will get to be 7′ tall in his gardens. He lets it grow until the seed heads have pollinated, then he mows it and lets it lie on the ground for about three days in the sun, then rakes up the straw. And it’s the biggest, strongest, heaviest straw he’s ever seen. He will use it for mulch for his pumpkins, but he does not keep it as a permanent mulch. He uses it for a top blanket for his compost pile.

What’s left behind after mowing rye is a huge amount of organic matter in the form of roots.

If you mow rye before it pollinates, it will not re-grow.

Steve creates stations in the rye stubble and plants them with larger crops, like zucchini, and lets the rye continue to rot down. It beautifully fractures and opens up the soil, unlike any other grain.

Rye is one of the best green manures you can grow – just make sure you’re correct on your timing.

From the Inbox: Composting in an Apartment
This compost will destroy your garden!
Zoo Doo
More on the Dangers of Straw Bale Gardening
Planting a Tree WITHOUT Digging a Hole!
4 comments
PinterestWhatsappEmail

Using Seaweed in the Garden

This is helpful. I struggle with rye in clay! I will give it another try. Thank you.

Um… why would you till it in? Crimp it or chop and drop it, no problem.

Depends on your goal. If you want more nitrogen in the soil for the next crop, till it under at the right time. If you want a carbon mulch, chop it and leave it on the surface. You lose a lot of nitrogen with the latter.

I wouldn’t cover crop with rye for nitrogen though. 🙂