Is Wax Myrtle Worth Planting? 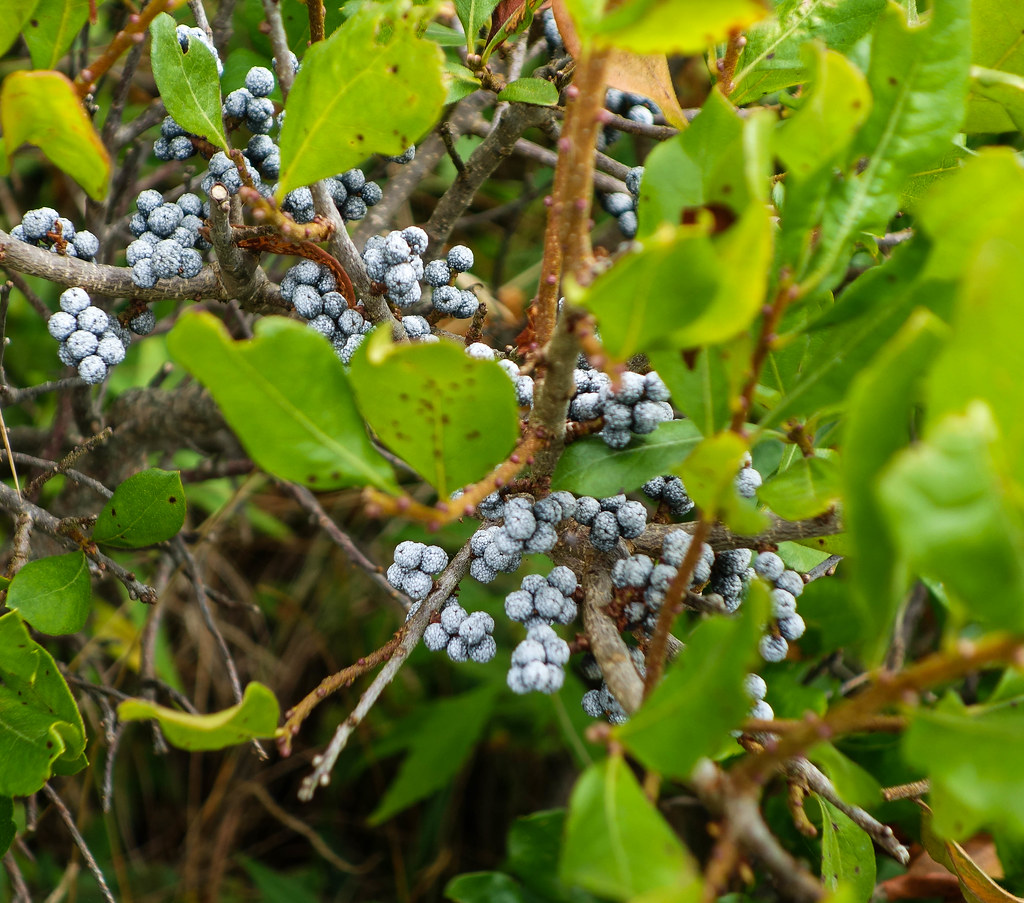 Michelle asks about the benefits of planting wax myrtle/bayberry:

David, what are your thoughts on bayberry shrubs? I’ve read they grow well in poor soil and are nitrogen fixers. I’m thinking of planting a hedge of them and trying my hand at dipping candles from the berries.

I first heard about wax myrtle some years ago when I was researching natural sources of wax. It’s a nondescript shrub, rather common in some scrubby areas of the South.

Though I haven’t grown it, my friend Elizabeth here in Alabama does. She put in a long hedge of wax myrtle in front of her property. I actually went to the nursery with she and her husband on the day they bought their hedge plants.

While on the road, I asked her why she wanted to plant a non-edible hedge across the front of her property.

She told me her primary goal was to give their land some privacy, and that wax myrtles didn’t really stand out as anything worth paying attention to. Secondarily, she is growing them for their nitrogen-fixing abilities, as they’ll thrive in her very poor pineland soil. Then, of course, some day she might want to make candles.

Very tough and easily-grown, southern waxmyrtle can tolerate a variety of landscape settings from full sun to partial shade, wet swamplands or high, dry and alkaline areas. Growth is thin in total shade. It is also very salt-tolerant (soil and aerosol), making it suitable for seaside applications. It is adapted to parking lot and street tree planting, especially beneath powerlines, but branches tend to droop toward the ground, possibly hindering flow of vehicular traffic if not properly trained and pruned. Set them back from the road if used as a street tree so drooping branches will not hinder traffic. Removing excess shoot growth two times each year eliminates the tall, lanky branches and reduces the tendency for branches to droop. Some landscape managers hedge the crown into a multi-stemmed dome-shaped topiary. Plants spaced 10 feet apart, maintained in this manner, can create a nice canopy of shade for pedestrian traffic.

Plants should be watered well until established and will then require no further care. The only drawback to the plant is its tendency to sprout from the roots. This can be a nuisance as they need to be removed several times each year to keep the tree looking sharp. However, in a naturalized garden this thick growth could be an advantage, since it would provide good nesting cover for wildlife. Only female trees produce fruit provided there is a male nearby, but seeds do not appear to become a weed problem in the landscape.

The cultivar ‘Pumila’ is a dwarf form, less than three feet high. Myrica pensylvanica, northern bayberry, is a more cold-hardy species and the source of wax for bayberry candles.

Propagation is by seeds, which germinate easily and rapidly, tip cuttings, division of the stolons or transplanting wild plants.

The wax myrtles that Elizabeth planted are thriving. I visited her this last week and was happy to see all the green growth. Since wax myrtles grow quickly, I believe they would be a good chop-and-drop plant for a food forest as well as a ready source of material for making biochar.

And, of course, you can make candles.

There isn’t much about making wax myrtle candles on YouTube, but this lady does a good job of explaining the process:

As you can see, she picks wax myrtle berries, puts them in a pot, covers them with water and boils them for ten minutes to release the wax. Then the mess cools off and she’s able to simply remove the skin of wax. She then puts the bayberry wax into a separate container and double-boils it, then pours it into a candle mold.

According to her, it takes a gallon of wax myrtle berries to make one cup of wax. That’s not really a bad yield.

Using wax myrtles for candlemaking is a great additional use for the tree.

Final Thoughts on the Uses for Wax Myrtle

Permaculture gardening is all about “stacking functions.” That is, you want to get as many uses out of a plant as possible. An example of a poor plant on the “stacking function” scale would be azaleas. They are poisonous to livestock, they do not attract pollinators, they are not edible, and basically only fill the use of being a hedge that looks pretty for a couple weeks of the year.

On the other end of the stacking function spectrum you have the coconut palm. It provides food, shade, drinks, nutmeats, lumber from the trunk, an edible bud, leaves for thatching, coconut coir, hard nut wood for making buttons and small carved items, oil, coconut milk, etc. etc. It is a 10 out of 10!

Wax myrtle falls somewhere in between, with more than enough uses to justify its place in the home garden.

Though it is not a great edible, wax myrtle has many other uses, including medicinal.

According to Plants for a Future:

Wax myrtle is a popular herbal remedy in North America where it is employed to increase the circulation, stimulate perspiration and keep bacterial infections in check. The plant should not be used during pregnancy. The root bark is antibacterial, astringent, emetic (in large doses), sternutatory, stimulant and tonic. It is harvested in the autumn, thoroughly dried then powdered and kept in a dark place in an airtight container. It is used internally in the treatment of diarrhoea, irritable bowel syndrome, jaundice, fevers, colds, influenza, catarrh, excessive menstruation, vaginal discharge etc. Externally, it is applied to indolent ulcers, sore throats, spongy gums, sores, itching skin conditions, dandruff etc. The wax is astringent and slightly narcotic[4]. It is regarded as a sure cure for dysentery and is also used to treat internal ulcers. A tea made from the leaves is used in the treatment of fevers and externally as a wash for itchy skin.

Wax myrtle fruit are a good source of wax

So, to answer Michelle’s question: I like them! This is a useful plant. If I had a yard of my own right now, I would go get some wax myrtles this weekend and pop them in. Though it’s not all the way up to “coconut level,” on the stacking functions scale, it’s certainly way above “azalea level.”

Also, if civilization collapses, you’ll still be able to read my books by candlelight.
“Bayberry” image at top via CAJC in the PNW – creative commons

Stunning Milkweed Strangler Vine Pods
Grafting Pear onto Hawthorn
6 Creatures That Should Be In Your Food Forest
Dandelions as a Survival Food?
Touring My Old Food Forest in North Florida
6 comments
PinterestWhatsappEmail

Easy Ways to Incorporate Wild Greens into Your...

Bidens Alba is Edible and Prolific!

My mom used to use bayberry for natural yeast. I don’t remember how exactly she did it but it made the best sour dough bread. She said the waxy coat of the berry trapped yeast from the air.

I would love to hear how she did that.

I love Wax Myrtle. The leaves are actually fragrant, which I learned when I got smacked in the face while mowing nearby on the lawn tractor. The leaves and wood smell great when burned as well. They grow all over the place and I frequently transplant young shrubs to border areas or places I want them in the food forest. Yaupon Holly’s seem to grow near them as well. Pretty much everything that grows near a Wax Myrtle grows better, probably due to the nitrogen-fixing.

Wax myrtle is an unbelievable flea repellent in your dog pen . When we were complaining about not being able get rid of an infestation of fleas an elderly black friend had her husband throw a pickup load of limbs into the dog pen . We skeptics are now true believers and a small limb stuck in my mule’s bridal keeps the miserable deerflies away from his face!

That is cool – thank you!